This dish started off as almost daily headache of 1) protein option and 2) how to cook it.

Pork was the chosen protein and it really came down to what choice cuts were available. Fillet or tenderloin would have in normal days would have been sliced & stir fried into Ginger Pork or paired with spinach into Pork Roulade .

The word ‘en croute’ crept into my mind unannounced. A quick Google made the final decision. The end result, was delicioso, dressing of the pork could have been better if I had taken the time to thaw my frozen puff pastry instead of using my stash of frozen roti prata pastry as a puff pastry.

I am still not convinced that the word ‘Florentine’ should be part of the recipe title as this recipe has no cream, no butter or cheese added. 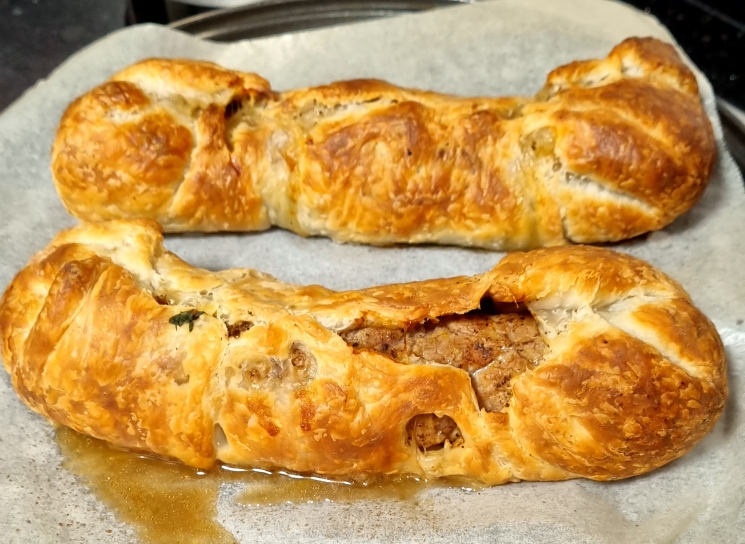 Note: I don’t normally use an egg wash for my pastry as a personal preference. If however, you would prefer to have a ‘glaze’ just lightly beat an egg with about 1 tablespoon of water and brush the glaze on the top of the pastry before baking.

This site uses Akismet to reduce spam. Learn how your comment data is processed.

A stay-at-home Mom with an empty nest starting an online storage place that both my daughter and myself can access for recipes and just simply things that I come across or am interested in. View all posts by Simply Me

From Me To You

From Me To You